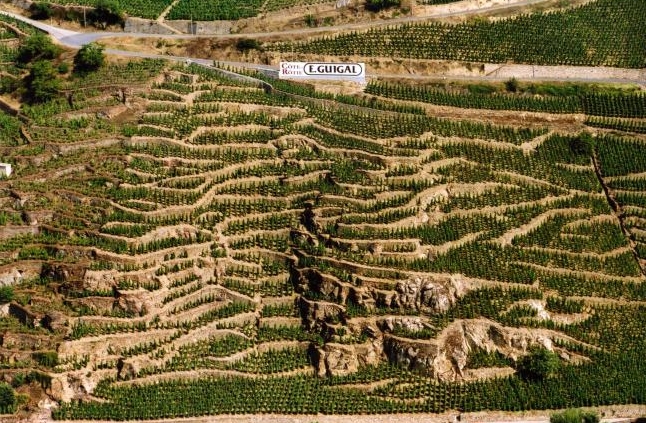 Based in south-east France, the Rhône Valley runs from north to south following the meander of the Rhône river. Spanning around 150 miles in total, the region is home to many different micro climates and soil types and is split into two distinct sub-regions, Northern Rhône and Southern Rhône. 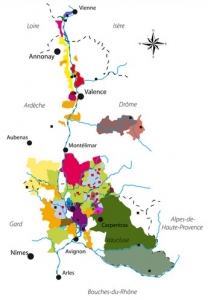 Northern Rhône is best known for producing high quality, small production wines made with Syrah grapes, as well as an impressive selection of white wines predominantly from Roussanne, Marsanne and Viognier grapes. Appellations such as Cote Rotie and Hermitage are synonymous with quality but these sought-after wines only represent a small percentage of the Rhône Valley’s total output.

Geographically larger, the Southern Rhône sub-region makes use of a much wider list of varieties, including the renowned Chateauneuf-du-Pape cuvees. Grenache, Syrah and Mourvedre are also found in abundance allowing for the south’s popular ‘GSM’ blend.

Some of the world’s most highly acclaimed wine critics list the Rhône Valley among their most favoured regions. Robert Parker Jnr paid particular attention to the region for decades stating as far back as 2000 that “No region of France, with the possible exceptions of Languedoc-Roussillon and Burgundy, has made as much qualitative progression as the Rhône Valley.” And it’s this development and refinement that has become one of the biggest factors in the Rhône Valley’s growth in the market. Jeb Dunnuck has also heaped praise on the region, singling out some of the more exclusive Northern Rhône wines as firm favourites over the years.

The financial performance of Rhône wines has been slow but reliable over the last decade and although there are some exceptions, the region is yet to see a huge boost in values that have been seen across almost all other prestigious wine-producing regions.

As a result, the Rhône Valley is seen as a long-term environment for growth and you should be prepared to hold on to these wines for up to ten years to see the best return on investment. However, if drinking tastes change, as they did with Bordeaux and Burgundy in recent years, holders of the region’s most sought-after wines could do very well indeed.

Recent performance has been quite impressive. Since the beginning of the year, Rhône experienced a surge in trade, by April trade by value had tripled compared to January and by June the region had 60% more buyers and 73% more sellers than it had in January.

Taking at least one good position in Rhône should help to diversify a wine portfolio and protect against potential under-performance from other, more widely traded wines.  Always be prepared to play the long game but when a region as loved as the Rhône Valley has so many top-flight wines, you never know when the market will turn and provide a boost to values.

The number of wines produced in Northern and Southern Rhône which are considered investible grows with every great vintage. Whether you drool over minuscule production, single vineyard Syrah, or prefer a solid CNDP, we’ve put together a list of some of our favourite investible wines from the Rhône Valley 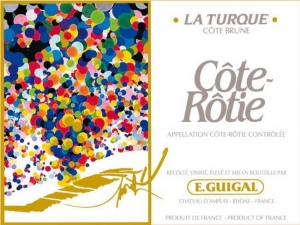 It would be impossible to write about the Rhône Valley without mentioning Guigal’s trio of Cote Rotie wines – La Mouline, La Landonne and La Turque – affectionately known as the ‘La La’s’.

A particular favourite of Robert Parker, these Northern Rhône wines have a record of providing impressive growth but be prepared to hold them for ten years plus to see a great return. 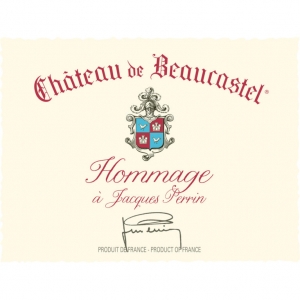 Beaucastel is a Southern Rhône stalwart whose history can be traced back as far as 1549 when Pierre de Beaucastel purchased the original plot of land. Ownership changed hands several times through the years and is today owned by the Perrin Family.

The jewel in Beaucastel’s crown is the ‘Hommage a Jacques Perrin’ which has been produced since the 1989 vintage as a tribute to their father and has become an established collector’s wine. Only produced in exceptional vintages, in tiny quantities (around 400 dozen per vintage) a good example can happily sit in bottle for forty years plus. This wine demands a longer growth cycle and the best results are often achieved for aged vintages sold at auction. 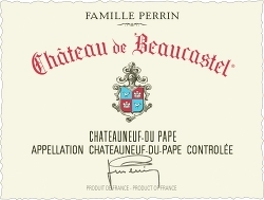 A more affordable option is Beaucastel’s Chateauneuf-du-Pape. This great value CNDP blend can be sourced on release for around £550 for a twelve bottle case.

Due to the relatively low buy-in price, you would need to acquire several cases to produce a satisfactory return but this label remains easily tradable on the market. The 2016 vintage which Wine Advocate scored 97/100 has grown in value by more than 31% over the last two years.* 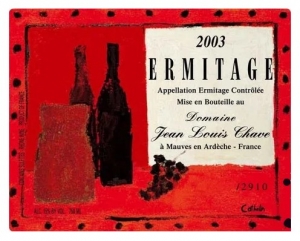 J L Chave is another big player in the Rhône Valley and the Cuvee Cathelin is seen as the pinnacle of their output. The Cuvee Cathelin has been one of our best performing wines from the region, although hen’s teeth and rocking horses spring to mind for the more sought after vintages.

UK prices for aged examples have risen above £8,000 a bottle but allocations of new vintages are sparse – get in early if you can but there are also opportunities in the wider growth cycle to generate impressive returns as the wine matures and remaining stocks dwindle. 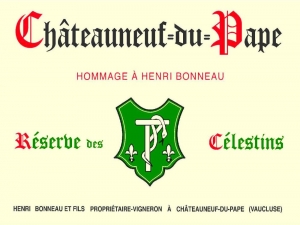 Henri Bonneau was one of the most revered winemakers to work the Rhône Valley and his Chateauneuf-du-Pape blends have become legendary through the decades. The Bonneau vineyard and winery are steeped in history with evidence of vines being planted as far back as 1667. Henri sadly passed away in 2016 and winemaking duties are now handled by his son Marcel.

The Reserve des Celestins made its debut in 1927 and has become their most famous and expensive wine. Made from a blend of Grenache, with doses of Mourvedre, Syrah and other local varieties. The wine is only produced in exceptional vintages using only the best barrels, ensuring that every vintage produced is unique. A great example of this wine’s potential is the 2010 vintage which has grown in value by 114% over the last five years.* 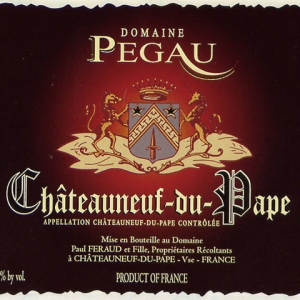 Another Southern Rhône name that can be traced back to the 17th century is Domaine du Pegau. Their Grenache dominated blend ‘Cuvee da Capo’ has grown to become one of the most sought-after wines from the Rhône Valley. The average production of this wine sits at around 500 cases per vintage and as with many special Rhône wines, it is only produced in exceptional years.

Quality control is of the utmost importance and since the debut vintage in 1998 there have only been seven vintages produced. The best return can be found over the long term and similar to Beaucastel’s ‘Hommage a Jacques Perrin’ best results are usually found at auction for well-aged vintages.

Most of the wines mentioned above are extremely hard to source which is one of the main driving factors in their financial growth. If you are thinking about taking a position with this type of wine you should develop a relationship with a trusted merchant who will have connections with suppliers and can do the leg-work for you.

The value of these wines does tend to jump rapidly and then plateau for a while, so ideally a merchant who is prepared to watch the market on your behalf and notify of beneficial buying and selling opportunities. With the right guidance and some patience, the Rhône Valley’s premium wines have the potential to outperform the majority of traditional investments in your portfolio. Happy hunting!