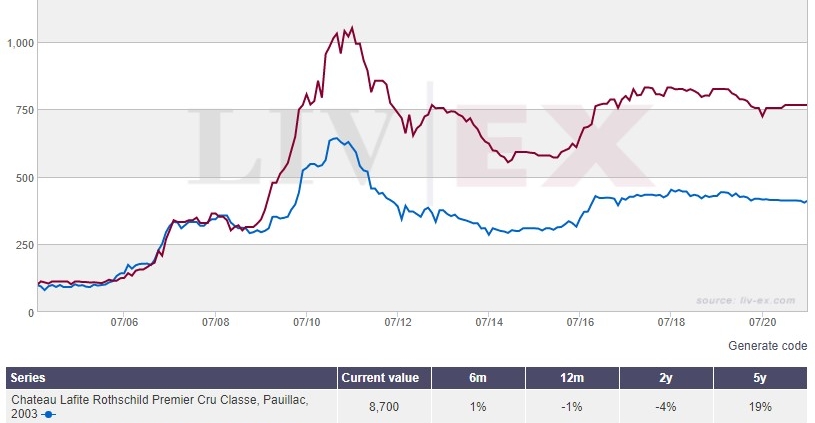 Market statistics have shown that lesser vintages of Bordeaux’s First Growths can often equal, or sometimes even better the returns generated by trophy vintages. The broadening of the market that has occurred in recent years has diluted Bordeaux’s dominance and highlighted the region’s off vintage wines as an interesting sector that could offer great potential.

The trends between vintage quality and financial growth can be quite surprising.  Of course, the top quality ‘trophy’ vintages have always commanded the highest prices. However, it’s also apparent that impressive levels of financial growth can also be found in so-called ‘off’ vintages, as these wines are often overlooked due to the excitement surrounding the higher scored vintages, therefore, seeing periods of concentrated growth.  As an example, the 94 points scored Chateau Lafite Rothschild 2002 has grown by 795% since release, from an initial start price of £680 per twelve bottle case to over £6,000. 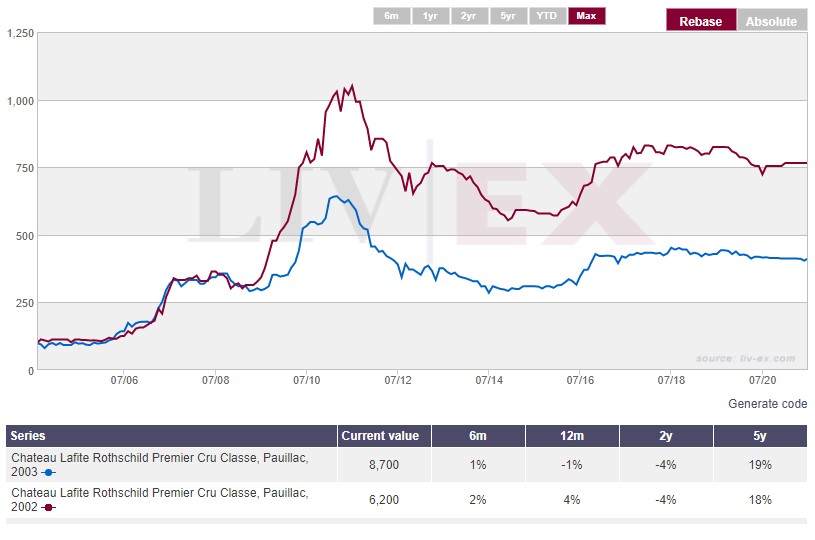 This back up a strategy that we have often promoted to temper your portfolio with several cases of lesser or off-vintage First Growth to lower the volatility of your portfolio and add further liquidity to your holding. After all, lesser vintages are consumed more frequently than trophy vintages and therefore change hands more frequently. Of course, the fact that they are consumed more readily also has a direct effect on their financial value as the fine wine market is a supply and demand environment after all.

As many of you will be aware, the aftermath of the 2008 financial crisis followed by a cooling-off of Chinese buyers a few years later made for a correction, Asia is still very much in the market however not at any cost and the largest losses, in financial terms, during this period were shown by the highest graded vintages, including 2000, 1996 and 1990.

Some in the trade will be more flexible on score or vintage grade, gaining a substantial saving without sacrificing greatly on quality.

Although there was little difference in percentile terms, lesser vintages did not have as far to fall financially compared to top vintages, demonstrating that the volatility of each vintage can vary depending on quality, output and wider general perception of the region or vintage.  For example, in terms of financial instability, some in the trade will be more flexible on score or vintage grade, gaining a substantial saving without sacrificing greatly on quality.

Another more recent example of this strategy in action can be found from Chateau Haut Brion.  The 2013 vintage Haut Brion received an underwhelming 92 point score from Neal Martin for The Wine Advocate and has grown in value by 30.7% over the last five years.  The 2013 had a release price of £2,400 per case,  £1,850 less than the 100 point scored 2015 vintage which was released at £4,250.  In addition to the much lower initial outlay, the price volatility of the 2013 vintage is also lower than the outstanding 2015. 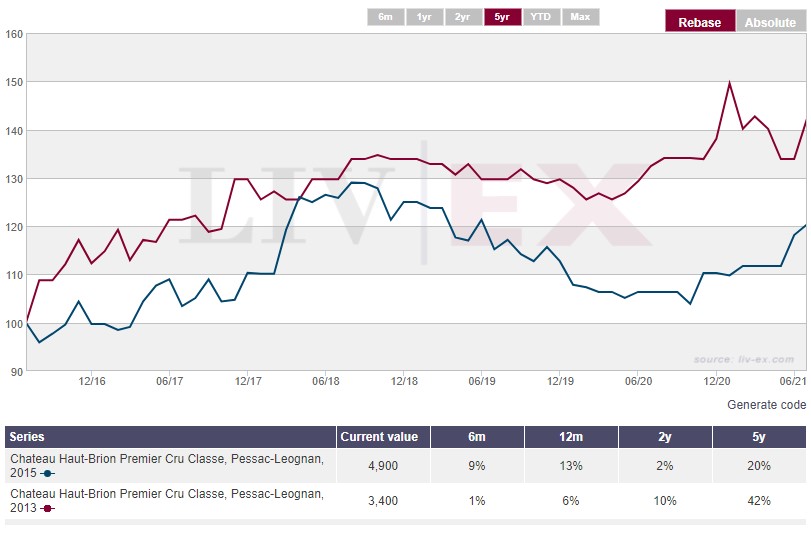 So remember, another way to add diversity to your wine portfolio could be to take a position with some lesser vintages. As long as they are backed up by a good representation of highly scored classics you could well add a new dimension to your portfolio. 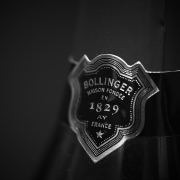 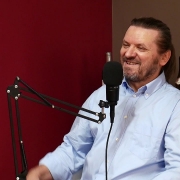