The ‘en primeur’ system for selling classified Bordeaux pre-release is well established and has been at the forefront of the fine wine market for many years, but in recent years enthusiasm for this market mechanism has waned.  Could this year’s campaign turn things around?

The idea is simple, the chateaux provide barrel samples to leading critics and based upon their comments, along with vintage reports and other influential factors, buyers then decide whether or not to purchase an allocation ahead of release, with the general idea being that this would represent the base price which should rise over the following years. 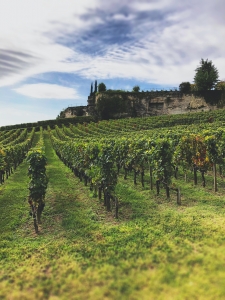 However, in the last decade many have felt that the release prices of top flight Bordeaux have been blinkered to wider market sentiment and have increased regardless of the market’s appetite to purchase them. This led to a number of underwhelming campaigns with Chateau Latour famously withdrawing from offering en primeur entirely.

This year the long-standing tradition of en primeur was disrupted by the arrival of Covid-19.  And although at one point there was talk of this year’s campaign being cancelled completely, it eventually went ahead, albeit slightly delayed.

The critics have been very positive about this vintage with most of the leading chateau receiving barrel scores ranging upwards of 96/100. Weather-wise, 2019 has been described as a ‘miracle vintage’ because it managed to avoid the damaging affects of hail storms and the threat of mildew or rot.  But these two positive factors are butted up against some of the most exceptionally challenging trading conditions that the market has ever seen.

When the chateaux started to publish their 2019 release prices we were pleasantly surprised to see wines being offered at prices between 20% to 30% lower than the 2018 vintage.  In many cases the volume of wine being offered was also down by roughly 20%, which is good news in a supply and demand environment. 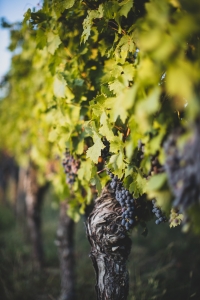 This has injected a well needed dose of positivity into the market and the reaction was immediate.  Mouton Rothschild in particular saw a flurry of trading as the world’s leading critics awarded very positive scores and praised the 2019 vintage.  Trading became so frantic that at one point Liv-ex’s trading platform actually crashed temporarily whilst buyers tried to secure their allocations.

It is still early days but given the volatility and bleak outlook that some traditional investments are currently offering, we feel very confident that this could be the kick that Bordeaux needs to reclaim some of it’s market presence that has been eroded over the last coupe of years.

Long standing clients may remember that Cult & Boutique withdrew from offering En Primeur to clients after the 2008 vintage, as we felt release prices no longer represented good potential for growth.  However, in light of this year’s price adjustments we are offering the 2019 Bordeaux vintage as an En Primeur purchase.

So, if you would like to resume your involvement in wine futures, or indeed if this would be your first time, please feel free to contact us to learn more about the process and see what opportunities are available.